Belief in the Future

The following is an abridged version of a paper presented by Bishop John McDowell (Church of Ireland Bishop of Clogher). It was presented to ‘Belief in the Future: Religion and Changing Identities’, by The Irish Association for Cultural, Economic and Social Relations, on 2nd July 2019

It’s one of those clever titles isn’t it. Will people in Ireland still have religious belief in years to come – will religious belief still contribute to a person’s identity? Even if they do, what authority or influence will such believing have in Irish life and culture?

I have been asked to briefly say something, from my own perspective about identity and religion. Obviously, what I will have to say is going to be limited and not just by the time (which is fine by me). Limited in that I am speaking for myself and not for the Church of Ireland (although perhaps it is worth noting that it has been said that in the Anglican Tradition one is free to believe almost anything, provided that is, you don’t hold the belief too fervently).

Limited also in that my experience of life, including religious life in Ireland, is much more of the North than the South, although I serve in a cross-border diocese. Limited also in that I am not going to mount a defence or even try to explain how Christian belief is a legitimate intellectual response to the phenomena of the world and a positive and creative way of interpreting that world.

Religious belief and shaping who we are

So, is religion and religious belief likely to continue to be an important factor for shaping who we are and where we belong? The answer would appear to be yes – but for fewer people and perhaps in a more intentional manner. For the sake of brevity let’s say that in the past religion has operated in two ways – one negative and the other positive. Negatively as an ethnic identity marker but positively (and these can overlap) as a means of community formation and social action.

In Northern Ireland at least, most people until fairly recently weren’t simply born into a family. They were also born into a tribe with whom they were expected to demonstrate immense social solidarity throughout their lives. Holding the line; keeping up the side. And to some degree religion reinforced that sense of solidarity as it tried to control and direct human behaviour by defining norms and censuring unacceptable opinions.

Paradoxically in Northern Ireland just as this ethnic solidarity was beginning to break down we adopted a political settlement which completely institutionalised those same divisions, at least in the sense of law making.

Although it won’t be truly verifiable perhaps until the census of 2021, current polling suggests that in terms of politics Northern Ireland will become 40% nationalist / 40% unionist / 20% other, and with the ‘other’ on the increase. We will all be minorities and although there is little sign of it yet, that will, in time drive political and religious accommodation.

Church and the future

So, I think one of the things which the Churches need to do to ensure that religion continues to shape who we are, is to accept responsibility for the past and for the fact that we continued to address matters of public policy and private morality with a tone of voice which most people, including most believers, had long since surrendered any desire to hear. We need to accept the reality, that most Irish people (North and South) including those who have religion as a large part of their identity, are very happy (indeed would prefer) to live in a pluralist society and would never want to return to the quasi-theocracy that existed in Ireland for much of the 20th Century.

To give two brief examples of this disposition. In the Northern Ireland Assembly every Catholic member (both nominal and committed) opposed the clear and unequivocal teaching of the Church in how they voted on the issue of marriage equality when it was debated. As an aside it is perhaps worth noting the irony that every Protestant (who in the past may have complained about Catholic’s being priest-ridden) voted in accordance with the teaching of their respective churches.

The second example is that it is now clear from survey evidence that many ‘religious’ people abstained from voting in the 2018 Repeal the 8th Referendum, not because they were indifferent to the issue of abortion but because they didn’t want to restrict the freedom of others.

I have deliberately used the word pluralist and not secular for two reasons. The first is that I think it is a more accurate description of what society and power structures are like in Ireland today. Secondly, because I don’t want to confuse it with the form of secularism which exists in, say France, known there as laicité, where a specifically religious voice appears to be squeezed out of public dialogue altogether.

Religion and people with a strong religious identity will still have a word to say in the future but it will never again seek to be the only word or the last word.

That respect for the freedom of others which is at the heart of Christianity will begin to assert itself once again as the last vestiges of Christendom (still operating on the fringes of Europe including in Ireland) recede.  What will then emerge will be a pluralist Christianity in a pluralist Ireland. No longer able to be categorised as simply Catholic and non-Catholic but in the immense diversity that you see in the places like USA or South Korea at present.

However, because its origins will be different from those of the US or South Korea it will look and feel different. It will operate in societies which have a strong Welfare State history and allegiance but will also give people with a strong religious identity scope for social action which is not part of a proselytising strategy, but a no-expected-return contribution to the common good.

So, yes there will be belief in the future and its worth believing in. 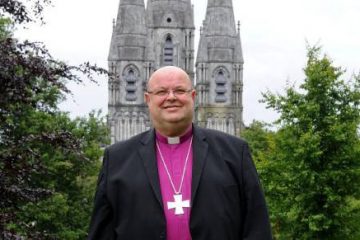 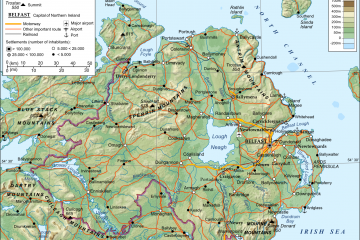