Written by Earl Storey for the Irish Association, this article thinks aloud about the Shared island Unit.

The nature of human existence is that we all have neighbours. How we live with them, and how we share the space we live in is a choice we are always making. The Good Friday / Belfast Agreement has laid out the constitutional framework for how we order our lives on this island. However, what of all the threads of human relationships that shape how we work this out in everyday life?

The 2020 Programme for Government states of the Shared Island Unit:

We are committed to working with all communities and traditions on the island to build consensus around a shared future. This consensus will be underpinned by the Good Friday Agreement and by the absolute respect for the principle of consent.[1]

Communication is complicated by our history, both ancient and modern. The Troubles in Northern Ireland were a manifestation of a historic conflict that has involved every part of this island. Politics, religion and culture have all been used to mark divisions. The legacy is far more than political – it is personal in terms of pain, trauma and lives lost.

Anything that can contribute to understanding, heal wounds, and avoid violence in the future is to be welcomed. Sharing this island obviously involves politics, but it is about so much more. It is about finding ways of building relationships and empathy, both of which have been strained in the last 40 years.

There are three things that might be considered as we look for a way of sharing the future with our neighbours:

The cost of violence:

There are few more sobering places to visit than the Genocide Memorial in Kigali, capital of Rwanda. Opened in 2004, it is a memorial to the million people whose lives were taken in the space of 100 days, in the 1994 Rwandan genocide. The Memorial is filled with photographs and human stories of those who lost their lives. To walk through the building is to get a sense of the enormity of the loss borne by so many – it is quite simply beyond words.

On this island we have our own Memorial, in the form of Lost Lives.[2] This book documents the stories of the men, women and children who died as a result of the Northern Ireland Troubles. As Fintan O’Toole puts it, “It does something to you as you read it. It brings the dead to life. You start to weep, not just for them but with them”.

Facing the cost of violence is about two things – it is about acknowledging the pain and suffering that is felt by so many, even to this day. It is also to make a collective decision that never again will we allow our differences be expressed at such enormous human cost.

A sense of identity has such an influence on our sense of wellbeing, as well as how we relate to our neighbours. This island has seen the outworking of competing identities, to our cost.

A sense of identity is to have a knowledge of who we are, where we have come from, and how we are placed in the world. It is not only individuals who need a sense of identity. Communities and nations have that need as well! We all have things we aspire to, desire, fear and believe are necessary for life.

What is it that shapes our sense of identity? It is shaped not just by the present, but also by our experience of the past – and, often, by the perception of the past. It is found not only within the reaches of ourselves but is also negotiated in our relationship to others.

The psyche of communities in each jurisdiction on this island seems to be quite different. It almost appears as though we may share common roots but have separate DNA.

The truth is that the vast majority on this island simply want to find a way of living their lives, and to do so in a way that gets on with their neighbours. That is not to say that people do not have their constitutional preference – we all do. It is simply to say that we long to talk about other things as well – things that will bind up wounds, that will help us rise to economic and social challenges that increase the wellbeing of all.

Should members of the Protestant Unionist Loyalist (PUL) community fear to take part in the conversations around the Shared Future initiative? No-one wants to be part of a conversation where there are foregone conclusions. Any of us are wary when we suspect someone is trying to use a softer approach to get us to where we do not choose to be.

Unionism is no more the stuff of caricature than nationalism. Both are legitimate and deeply held political values that shape how we govern this island.

If the PUL community takes the stated intent of the Unit, that “We are committed to working with all communities and traditions on the island to build consensus around a shared future. This consensus will be underpinned by the Good Friday Agreement and by the absolute respect for the principle of consent.” there is a foundation for engagement.

How that conversation works out is, in many ways, a matter of self-belief.

Ron Heifetz says “In a crisis we tend to look for the wrong kind of leadership. We call for someone with answers, decision, strength and a map of the future, someone who knows where we ought to be going – in short, someone who can make hard problems simple. …. We should be calling for leadership that will challenge us to face problems for which there are no simple, painless solutions – problems that require us to learn new ways.[3]

We have an opportunity to break a historic cycle. That is going to need a new type of leadership – on all sides!

Earl Storey is responsible for delivery of Protestantism: A Journey in Self-Belief. This is a project of the Centre for Studies in Irish Protestantism, Maynooth University (www.journeyinselfbelief.org).

Courtesy of the Irish Association. https://www.irish-association.org/

[2] Lost lives: The stories of the men, women, and children who died as a result of the Northern Ireland troubles. Edinburgh: Mainstream. (2008) 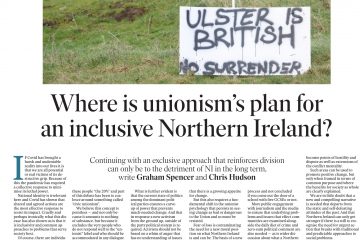 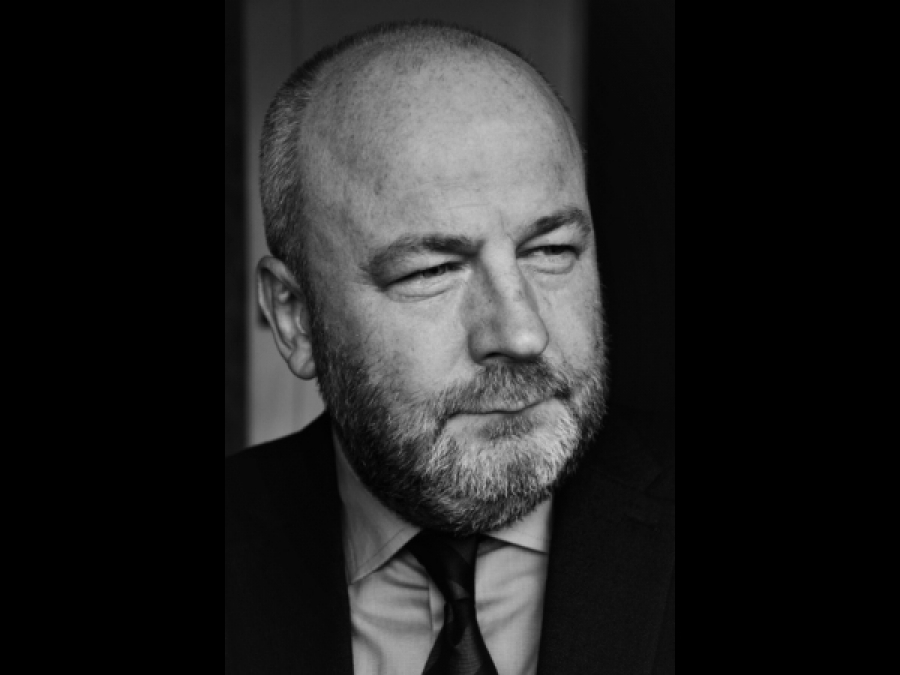 ‘The dam is breached’ – By Brian Rowan

There is a stand-out sentence in David Park’s novel ‘The Truth Commissioner’ that reads: ” “Day after day, it’s as if the dam is breached and out pours a torrent of rising levels of hurt Read more…